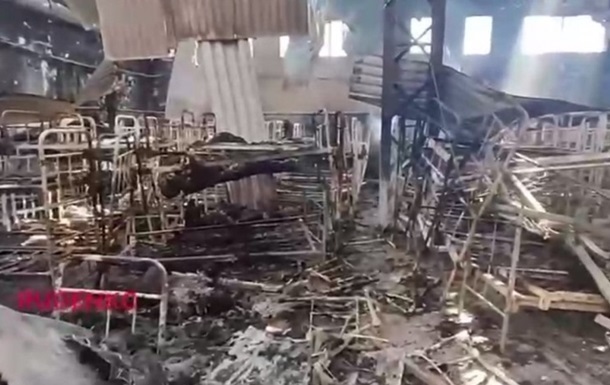 Consequences of the explosion in the colony in Yelenovka

Andrey Yusov said that the statements of the Russian Federation about the shelling of Yelenovka with HIMARS precision weapons was a special operation against the supply of Western weapons to Ukraine.

The terrorist act in the Yelenovka colony, where Ukrainian prisoners of war died, was a special operation by Russia against the supply of weapons to Ukraine. About it declared in the Main Directorate of Intelligence (GUR).

It is noted that Russia resorts to various atrocities to prevent the supply of Western precision weapons to Ukraine.

Andrey Yusov, a member of the coordinating staff for the treatment of prisoners of war, said that from the first reports of the use and deliberate shelling of HIMARS precision weapons, it was a special operation against the supply of Western precision weapons to Ukraine.

According to Yusov, the Russian Federation is trying to demoralize Ukrainian prisoners of war.

Recall, the “DNR” stated that during the shelling of the colony in Yelenovka, 47 people were killed, 75 were injured, including eight guards.

In turn, the General Staff of the Armed Forces of Ukraine reported that the armed forces of the Russian Federation carried out targeted deliberate shelling of the correctional institution in Yelenovka, and statements about alleged shelling from the Ukrainian side are an outright lie and a provocation.

It was also reported that the Main Intelligence Directorate sees no reason to trust the lists of the Russian Federation on the victims in Yelenovka.

"War is a monster!" Major and former press secretary of the Ministry of Emergency Situations of the Arkhangelsk region told how he was tried for anti-war posts about Ukraine