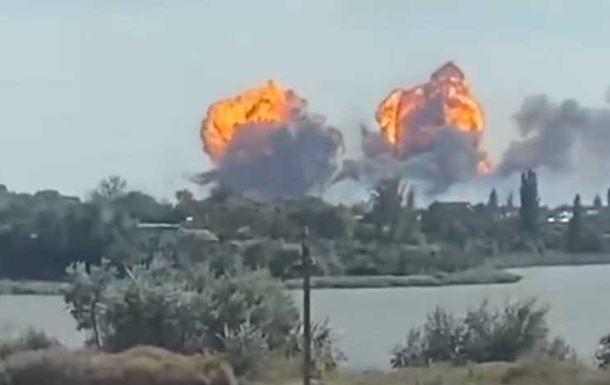 Explosions at Russian military base in Crimea

The footage also showed the degree of destruction one kilometer from the epicenter of the explosion in Novofedorovka.

The number of victims of explosions in Novofedorovka (occupied Crimea) has increased to nine people. This is reported by the Ministry of Health of the Crimea.

Videos of the consequences of explosions at the airfield of the Russian Federation are also published on the network.

“And here are the first mushrooms: the destroyed Su-24 at the airfield in Novofedorovka will not fly anywhere else,” the caption to one of the videos says.

The footage also showed the degree of destruction 1 km from the epicenter of the explosion in Novofedorovka.

Recall that today, on August 9, in the Crimea, not far from Novofedorovka, explosions occurred at a military base of the Russian Federation.

It was also reported that a “yellow” level of terrorist threat was declared in Crimea.

US to provide $89 million for demining - media