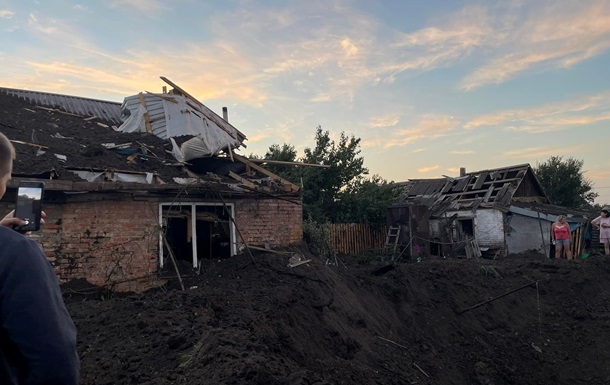 The head of the Kushugum village council Vladimir Sosunovsky published a photo of the destruction at the site of the shelling.

There were reports about the consequences of the shelling of the outskirts of Zaporozhye on the night of August 10. In particular, information published TG channel Zaporizhzhia.info.

“This night, according to preliminary information, the defenders of the Zaporozhye region shot down two enemy missiles, as we reported earlier. We also know about shelling of the Kushugum territorial community. As a result of an enemy attack, three houses in Kushugum were destroyed, almost 30 more were damaged. Unfortunately, one woman died,” the statement said.

Photos from the crash site of downed missiles:

Head of the Kushugum village council Vladimir Sosunovsky published photo from the scene of the attack.

Recall, the day before, on August 9, Russian troops also fired on the Zaporozhye region.

Earlier, Energoatom reported that the consequences of the shelling of a nuclear power plant by the Russians carry the risk of leakage of hydrogen and dispersion of radioactive substances.