Eduardo Bruno, Artist-Researcher and Doctoral Candidate in Arts at the Federal University of Pará (UFPA), states that the process of promoting culture through public notices was a leap in relation to the “over-the-counter project”, and explains that in this type of project the artists had to have direct dialogue with the specific culture secretary of the administration, or with specific politicians who had an active mandate to obtain financial support. “Currently, this process with the public notices has made it possible for people from civil society as a whole to have access to the promotion of their projects and this for workers in culture and artists in general is extremely important,” he said. the researcher.

Aires, State Councilor for Performance Culture, Art Educator, Artist and Cultural Producer says that in the current scenario of recession it has been increasingly difficult to make a living from art, and that these public notices currently represent for a large part of the state the possibility of earning money from the production of art. “Each one of these public notices has a different scope, covering everything from training processes to research circulation and development. It is important to emphasize the originality of some notices and their clippings, such as the TAC notice, which has never before had a completely egalitarian process in terms of regarding the number of vacancies and distribution of funds. But it is also important to highlight criticisms of this process, such as the cut of almost 50% in the transfer value in the TAC public notice”, said the counselor.

In this edition of the TAC, about 174 works must be considered and the selection of projects takes place through the division into two categories

– The second category should benefit only 20 works, and will receive a transfer of a maximum of R$ 25,500.00 reais. The amount is defined according to the number of people served monthly. A total of BRL 460,000.00 will be allocated to support independent cultural institutions, spaces, groups and collectives.

In all, the public notice must allocate the amount of R$ 2,308,000.00 to all those contemplated with the public notice. The selection is intended for projects that promote cultural experiences in RECE facilities and in independent cultural spaces. Applications can be made on the website of the State Culture Publications and the complete announcement can be checked by clicking here.

Notice of Living Treasures of Culture of the State of Ceará

The Living Treasures of Culture of the State of Ceará public notice aims to contribute to the recognition, protection and appreciation of the diversity of knowledge, practices and expressions of popular and traditional cultures in the state of Ceará. Entitled Living Treasures of Culture, the public notice aims to preserve the cultural memory of Ceará and transmit its artistic and cultural knowledge and practices in the state. 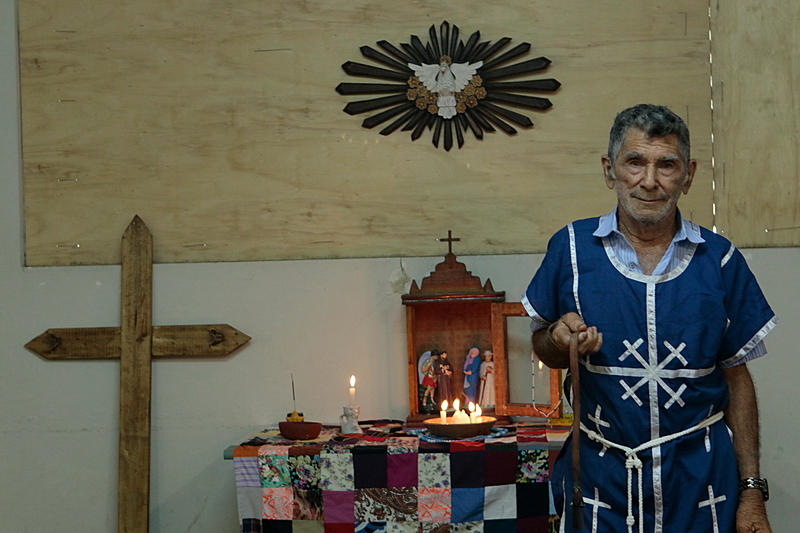 The initiative must select and grant the title of living treasures of culture to 12 natural people (master of traditional or popular culture who holds ancestral knowledge received from the family environment or from the practice of coexistence in the ancestral group that maintained the knowledge), 02 groups (group of natural people, who have knowledge and techniques for the production and preservation of traditional or popular culture references) and 01 collectivity (group of people organized in an associative, cooperative, collaborative way, with nature or cultural purpose).

Registration for the public notice remains open until August 27, and can be carried out in two modalities, physically or virtually. The physical registration must be carried out through the delivery of the necessary documentation that appears in the public notice, in a sealed envelope to the Protocol Sector of the Secretary of Culture of the State of Ceará – SECULT, until August 27, from 8:00 am to 12:00 pm and from 1:00 pm to 1:00 pm. 4:30 pm, or through correspondence services of the Brazilian Post and Telegraph Company – ECT.

On the other hand, the virtual registration must necessarily be carried out through the Cultural Map of Ceará, and must be proposed by the candidate himself for the category of Living Treasure Natural Person or by his representative through a Declaration of Authorization for Natural Person. In the Group or Collective categories, registration will be made by its representative upon presentation of a Declaration of Legitimacy or by third parties upon presentation of the Declaration of Authorization for Groups and Collectivities. All statements can be seen in the annexes of the notice, to access it, just click here.

Even with the opening of these public notices, the artist and cultural producer emphasizes that the public notice policy alone does not cover a large portion of the people who work with art and culture in the state. “The public notices are still processes of extreme exclusion with regard to access to writing methodologies for public notices, with these policies often being accessed only by people with this knowledge. Currently, the cultural scenario in the state is still composed of managers with visions coronelistas, with many who have held their positions for years and continue to maintain excluding formats for a large portion of the population”, she concluded.

The artist-researcher states that the public notices go beyond the democratization of access to public funds for the field of culture. He emphasizes that the promotion of culture, as well as the promotion of education and health are obligations of the state. “We as artists are just providing service and if we are going to think of a technical order to the state, to one of the activities that the state is responsible for before society”, said the doctoral student.

To receive our articles directly on your cell phone click here.