Last Tuesday (9), the Public Ministry of Rio de Janeiro requested an investigation into the purchase of a Mercedes-Benz worth R$ 162,000 by the then vice-president of the State Center for Statistics, Research and Training of Public Servants of Rio de Janeiro (Ceperj), Marcello Coimbra Costa, based on contracts with the agency.

The episode is just one of the latest pieces discovered in the scheme unveiled in June this year at Ceperj about the creation of thousands of secret positions. The case opened a crisis in the government of Claudio Castro. According to the president of Alerj’s Taxation Commission, deputy Luiz Paulo (PSD), it is the biggest scandal he has become aware of in his last five terms: “I had never seen anything of such magnitude”, he declared.

Read too: In RJ, Castro “hides” Bolsonaro and Freixo celebrates partnership with Lula in the first debate

Check out some of the pieces of the puzzle that place the Castro government in the target of investigations:

In June, reporter Ruben Berta, from UOL, revealed the use of a public research and statistics agency by the government of Rio de Janeiro to hire more than 27,000 people without any transparency. The positions were used by the political patrons of Governor Cláudio Castro (PL) and the names were not even published in the Official Gazette, they did not appear in public consultations and several employees did not even have paychecks and withdrew their salaries from the cashier at Bradesco, which pays the salary of state servants.

In early August, the state Public Ministry denounced the scheme, which paid more than R$226 million. The Justice of Rio accepted the complaint, ordering Castro to urgently interrupt the hiring of manpower for the execution of projects and cooperation programs with Ceperj due to lack of transparency in names and values. 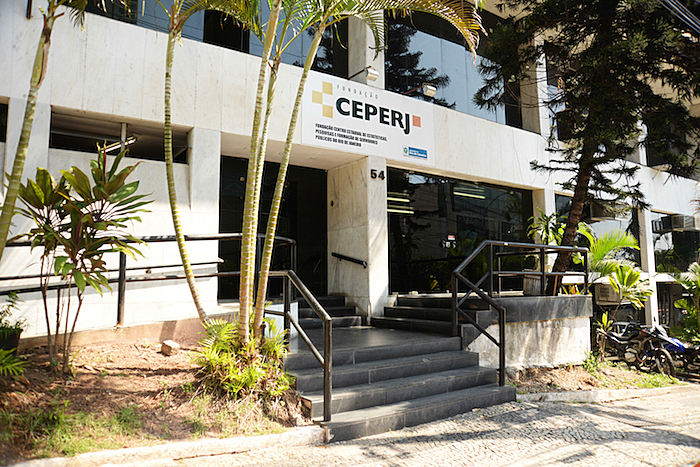 Foundation State Center for Statistics, Research and Training of Public Servants of Rio de Janeiro (Ceperj) is at the center of complaints / Disclosure

newspaper report The globe cross-referenced data on civil servants and found that at least five advisors to federal deputies received amounts from the Ceperj Foundation that total, in just five months, R$92,000. The Constitution prohibits a public servant from accumulating a public office, employment or function. The advisors are stationed in the offices of federal deputies Otoni de Paula (MDB), Professor Joziel (Patriot), Gurgel (PL) and Daniela do Waguinho (União Brasil).

The Ceperj projects with the highest number of positions are Casa do Trabalhador and Esporte Presente RJ, with 9,000 and 6,000 employees, respectively. according to UOL, Esporte Presente RJ has signs of overbilling of R$ 39 million. Former governor Anthony Garotinho (União Brasil) claims that Castro offered him 520 jobs in exchange for political support. But the alliance failed. The state government denies that there was such a conversation.

The data to which the reports had access also show that 1,343 centers of the Esporte Presente RJ project did not register the presence of any student, which corresponds to 63% of the total of 2,137 centers registered by Ceperj. according to UOL, 8,000 secret jobs were created by the project. In 718 locations there is not even a record of physical education teachers registered to teach classes, which is the proposal of Esporte Presente.

After the revelations about the “secret payroll”, the signings of Ceperj caused a crisis in the government of Cláudio Castro. Several payments identified were for advisors to the Legislative Assembly (Alerj) and the Municipality of Campos, in Norte Fluminense. About five thousand Ceperj employees are on the list of recipients of Emergency Aid, in September 2021.

President of the Alerj Taxation Commission, Deputy Luiz Paulo (PSD) sent a letter to the Court of Auditors of the State of Rio (TCE) asking for an audit of all 20 programs carried out by Ceperj. “In that recess, a scandal broke out in the State Government that, throughout my five terms, had not seen anything of such magnitude, which was the Ceperj scandal”, said the parliamentarian.

Ceperj states that professionals not identified in any system are selected through curricular analysis by specialty/specificity, selection process, public call and through the talent bank. Regarding the lack of transparency, Ceperj stated that, “in the case of contractors, without an employment relationship, and because it is not a CLT [funcionários com carteira de trabalho assinada]there is no publication forecast regarding the names of the selected professionals”.