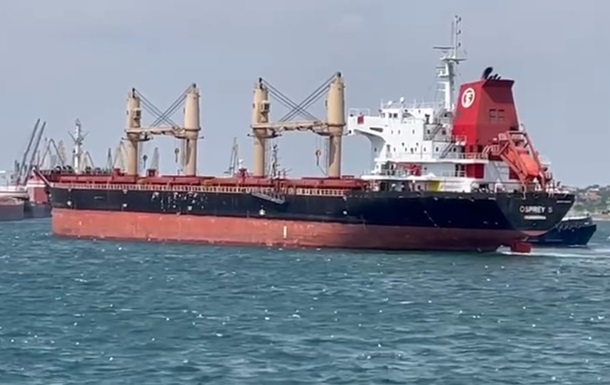 Bulk carrier OSPREY S will take on board 30,000 tons of corn. The next goal is to reach a monthly transshipment volume of three or more million tons of agricultural products.

The second vessel entered the port of Chornomorsk to load grain within the framework of the signed Initiative for the Safe Transportation of Grain and Food Products from Ukrainian Ports. About it informs press service of the Administration of Sea Ports of Ukraine.

Bulk carrier OSPREY S will take on board 30,000 tons of corn, the USPA said.

“We can already state the fact that the” grain corridor “worked in two directions – to enter and exit the ports of Ukraine. The next goal is to reach the monthly volume of transshipment of three or more million tons of agricultural products with an intensity of about 100 ships per month,” commented Head of USPA Alexey Vostrikov.

Recall that earlier in Istanbul, at the proposal of the UN, Ukraine, Turkey and UN Secretary General António Guterres signed the Initiative for the safe transportation of grain from the Ukrainian ports of Odessa, Chornomorsk and Pivdenny. As part of the implementation of the agreements, 12 ships have already left Ukrainian ports with agricultural products. They follow to seven countries of the world, and two vessels have already entered the loading.

Tags: agriculturalBulkerChernomorskenteredgrainloadingnextOSPREYPortshiptransshipmentvesselwar in ukrainewar with russia