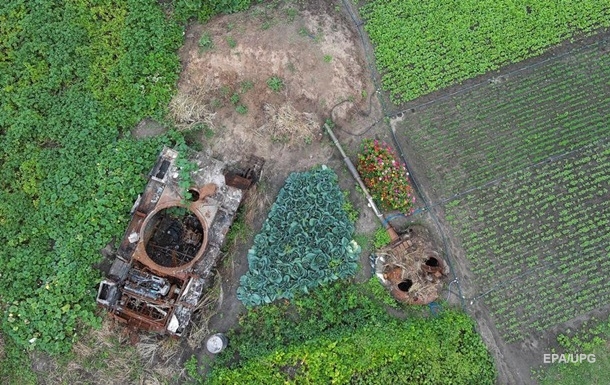 Over the past day, Ukrainian servicemen have destroyed, among other things, seven armored combat vehicles and seven tanks.

The combat losses of Russian troops since the start of the full-scale invasion of Ukraine are estimated at more than 43,000 people. This was reported by the General Staff of the Armed Forces of Ukraine on its Facebook page on August 13.


The total combat losses of the invaders from 24.02 to 13.08 approximately amounted to: 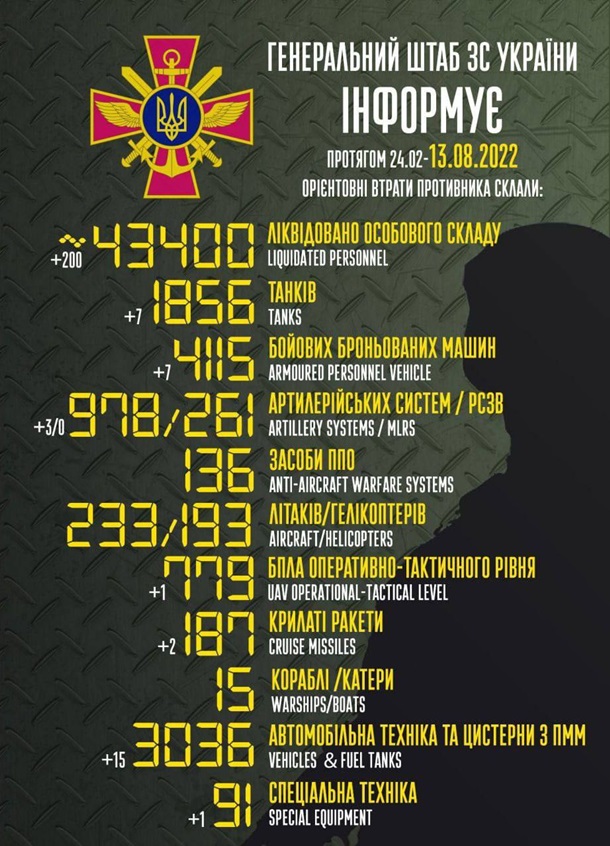 Losses of the Russian Federation in Ukraine

The enemy suffered the greatest losses in the Bakhmut and Krivoy Rog directions. The day before, it was reported that in the direction of Pokrovskoye – Bakhmut, the enemy had a partial success, trying to gain a foothold. Earlier, the General Staff reported in which directions the Russian invaders are trying to attack.

It should be noted that according to the latest estimates by US intelligence and military officials, 500 Russian soldiers are killed or injured every day. Thus, the Russian Federation lost 70-80 thousand people dead and wounded in less than six months.