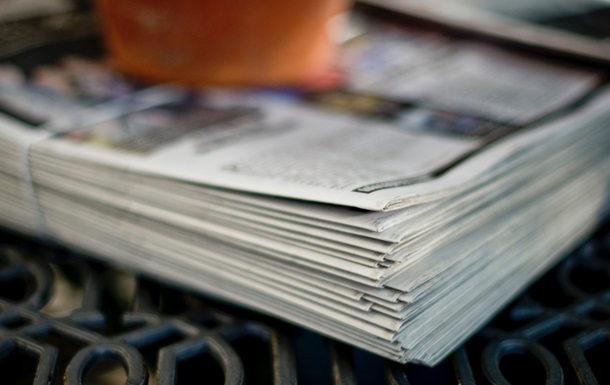 In Australia, a woman deceived by her husband bought a newspaper page to blame her husband

The townspeople became interested in Jenny’s story – the newspaper received many calls.

In Australia, a woman deceived by her husband decided to buy an entire page in a local newspaper in order to publicly shame her husband for treason on its pages. On Saturday, August 13, the newspaper told New York Post.

On August 12, Jenny reportedly posted a diatribe to her husband, Steve, in the Mackay and Whitsunday Life (MWL) newspaper.

“Dear Steve, I hope you’re happy with her. Now the whole city will know what a dirty traitor you are. From Jenny. PS: I bought this ad with your credit card,” she wrote. 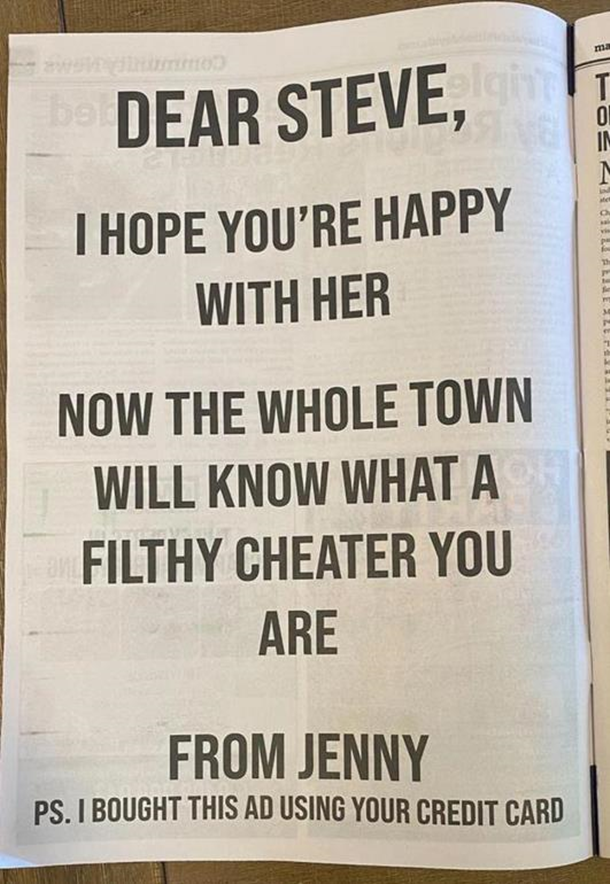 After the newspaper went into circulation, the editorial office received a lot of calls. The townspeople were worried about the soul of Jenny and Steve. In total, about 50 thousand people showed curiosity.

But the editors refused to disclose the details of what happened and the identity of the woman.

The newspaper also stated that Jenny ordered the ad through the website.

The newspaper emphasized that they made the publication free of charge, as the editors did not want problems with the law due to paying for the ad without the consent of the credit card holder.

“We don’t know who Steve is, but apparently he was very, very bad,” MWL added.

After such statements, some readers decided that the publication was just a publicity stunt for the newspaper.

Recall that Briton Tony Garnett, who left his wife for the sake of a Ukrainian refugee, whom he sheltered in his house, invited two more migrants from our country, including one woman.

In Mexico, due to the conflict between the two cartels on the streets, people are killed and cars are burned

Truss takes the lead in race for premiership