“There are twenty reais purchases, fifteen reais purchases, even ten reais purchases, and we deliver to people. This is cool, because you have public school teachers buying, you have a maid eating organic just like her boss, are you on?”, says Thiago Vinicius, social entrepreneur, co-founder of Agência Solano Trindade and Warehouse Organicallythe first organic selling point on the outskirts of São Paulo.

Thiago fights against a common reality in the periphery: the low supply of fresh fruits and vegetables and the high consumption of ultra-processed products.

The warehouse opened in 2019 is in Campo Limpo, south of the city, a region where people walk more than 500 meters from their home to find fresh food. According to the World Health Organization (WHO), places where access to fresh food is scarce or impossible are classified as food deserts.

Cuisine from around the world

For young people, accessing healthy food means rescuing the history of the food culture of these families. “The periphery is PHD in food, you know? When you think that the people who make sushi, Italian food, Moroccan food, American food, are people who come from the hood. They are people who know a lot about food, you know ? We know that all the kitchens in the world are in the favelas”, he says.

Cleonice, known as Tia Nice, is Thiago’s mother. She runs the Creative Kitchen, a space where foods that are not sold at the Armazém are used. The chef says that the transformation is already inspiring the surroundings.

“I see that there are people who are doing it. They are also crossing the same bridge. When I drive around, I already see the lettuce garden through a windowsill. This is cool for me, I go up here, I see your Getúlio with a lot of lettuce, with a lot of chives”, she says enthusiastically. 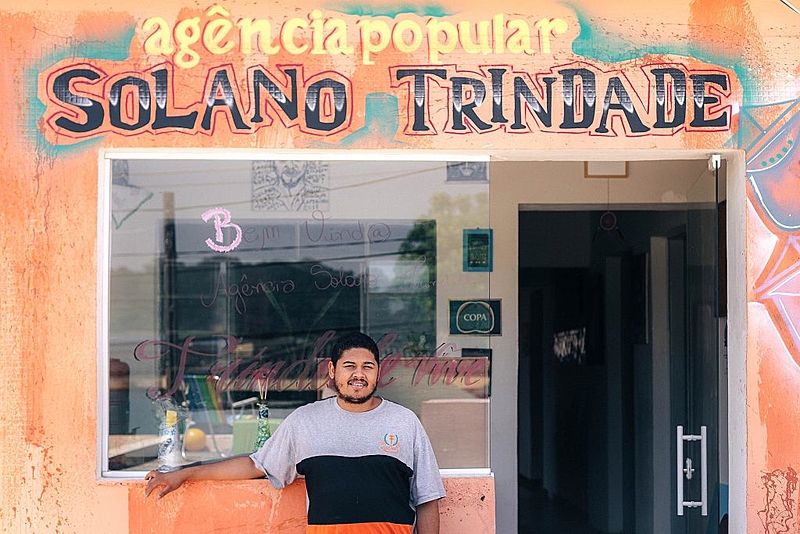 In the pandemic, the warehouse acted as a point of strengthening the protection network of the most vulnerable people. There were 200,000 basic baskets and 150,000 lunchboxes distributed during this period alone. And solidarity actions continue.

Currently, the dishes created by Tia Nice are sold at the on-site restaurant, and are also given away for donations. From Monday to Friday, with financial support from The Caring Family Foundation800 lunchboxes are taken daily to needy communities in the South Zone.

:: MST reaches 130 thousand Lunchboxes from Earth shared in Paraná since the beginning of the pandemic ::

“It touched me a lot to know that on my side there is a community that has several elderly people in bed and many children and many mothers who have lost their jobs. So when the restaurant closed we looked at it with great affection. Like, why not take it? and take everything cooked? It’s very important that you take it consumed because it’s no use for me to arrive with a basic basket and the gas has run out”, explains Tia Nice. 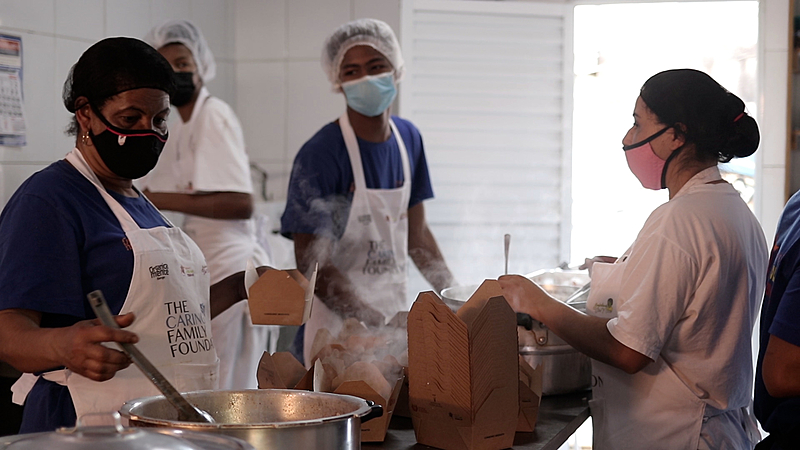 His son says that a business model was developed there where “those who have money eat, and those who don’t eat too.”

“Every day there are several aunts Nices who leave Campo Limpo to go to the center to cook for the people. She always knows what the heart of the banana is. She knows that food is much more than food, it is therapeutic food, it’s that food that will not only feed your body, but the spirit. So the relationship that the favela, that communities of African origin, that the Guarani, the Pataxó have with food is a very deep thing”, argues .

One of the communities served is the Nova Esperança occupation, in Jardim São Luis, where 310 families live. “It’s not every day that we buy bread, right? I’m waiting for her (lunch box) to arrive so I can eat and spend another day in her life”, reveals Lindinalva Maria da Silva, who worked as a domestic before being dismissed during the pandemic .

Cuca, the leadership that receives and organizes donations in Nova Esperança, reiterates that the pandemic is gone, but hunger remains. She fears the end of the project, today the only one to supply the community.

“If it wasn’t for them, I don’t know what I would do with these families, really. Because nothing else is coming. Everything has stopped. As if time had stopped and hunger is very great. Tell you that it’s here. here a family that came from far away to get these lunchboxes. The girl even fainted from being so hungry”, explains the social leader.

“It’s very hungry, there are a lot of people in need, a lot of people with nowhere to take them. I get tired of seeing people digging through their own garbage to eat”, completes Cuca. 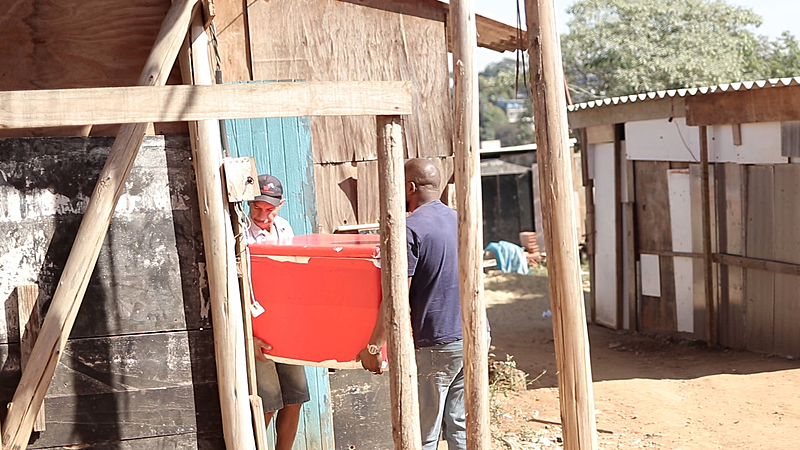 The precarious living conditions of the families in the Occupation make the consumption of vegetables a reality that, unfortunately, only comes from lunchboxes.

Raising awareness on the path to a healthier diet, in Thiago’s view, involves committing to people’s social and economic growth. According to him, it is only when an alternative to generate income is accessed that one can enter the debate on what is, in fact, “real food”.

“We are in places within the richest city in Latin America, which is Sierra Leone. When I go to places like Capão Redondo, Jardim Ângela, when I go to the city of Tiradentes, when I go to Brasilândia. So, what is real food for those who don’t have a dollar and when they do, will they buy instant noodles?”, he asks.

“I start from a place where people know what real food is. It’s just that people, most of the population, are dumbfounded by the process of generating income”, he says. “The moment I offer them a vegetarian lunch box, when she has money, she will say, wow, that vegetables saved me. It increased my immunity. The person is already connected. Understand?”, he concludes.

Church fire breaks out in Egypt, more than 40 dead