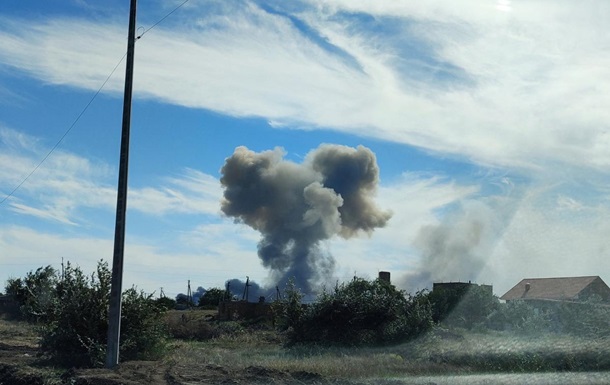 The occupiers are evacuating people within a radius of five kilometers from the epicenter of the explosions, the head of the Mejlis noted

Detonation at an ammunition depot in the Dzhankoy region of Crimea continues. Currently, more than two thousand people have been evacuated. About it reported Chairman of the Mejlis of the Crimean Tatar people Refat Chubarov on his Facebook page on Tuesday, August 16.

“You can imagine how powerful the ammunition depot was laid by the Russian invaders in the farms of the former livestock complex in the village of Mayskoye, which is located near the village of Qalay (Azovskoye) in the Dzhankoy district, if more than two thousand residents have already been evacuated as a result of the ongoing explosions,” he stressed. he.

According to him, the Russian occupiers have surrounded a zone within a radius of five kilometers from the epicenter of the explosions. The entire civilian population is being evacuated from this zone.

“The detonation of ammunition continues,” the head of the Mejlis stated.

Recall that today, on August 9, in the Crimea, not far from Novofedorovka, explosions occurred at a military base of the Russian Federation.

As stated in the Ministry of Defense of the Russian Federation, large-scale explosions at an air base in the Crimea occurred due to the detonation of ammunition.

In the Rivne region, a deputy with an ax attacked a fellow villager - social networks