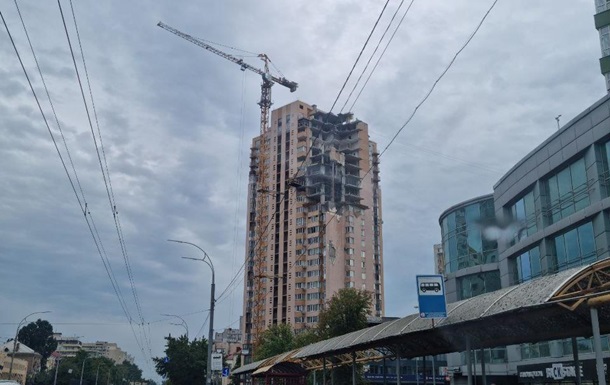 House on Lobanovsky Avenue came under fire on February 26

The workers dismantled the upper floors, which hung over a huge hole after being hit by an enemy missile.

In Kyiv, restoration work has begun in a multi-storey residential building on Lobanovsky Avenue, which was subjected to a missile attack by Russian aggressors. Reports about it Perild.com on Tuesday, August 16.

A construction crane has already appeared near the house. Previously, the workers dismantled the upper floors, which hung over a huge hole after being hit by an enemy missile.

Earlier, First Deputy Chairman of the Kyiv City State Administration Mykola Povoroznyk said that work in this house is planned to be completed by mid-autumn.

“Together with the residents of the house on Lobanovsky, work was carried out with a profile deputy, the volume of relevant work was determined, which has already begun,” the official said.

Recall, on February 26, Russian troops launched a rocket at a 24-storey residential building in Kyiv on Lobanovsky Avenue. These shots were caught on video and shocked the whole world. The impact came between the 17th and 18th floors. The house was destroyed from the 17th to the 21st floor.

It was also reported that as a result of enemy shelling in Kyiv, 390 buildings were damaged, including 222 apartment buildings. The authorities estimated the cost of restoration work at more than 70 million euros.