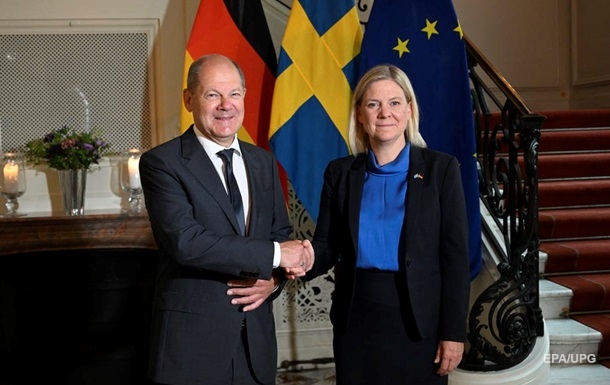 Both countries support Ukraine with weapons designed to protect territorial integrity and sovereignty.

Ukraine has the right to use weapons received from Germany and Sweden to return Crimea. This was announced at a joint press conference in Stockholm on August 16 by the heads of government of the two countries, Olaf Scholz and Magdalena Andersson, reports Ukrinform.

“We support Ukraine with the weapons we supply. These are weapons so that Ukraine can use them to protect its territorial integrity and sovereignty,” the German Chancellor said, answering the question whether the Armed Forces of Ukraine can use Western weapons to return the peninsula occupied by the Russian Federation.

Andersson, in turn, called the historic decision to provide weapons to Kyiv.

“We are talking about Ukraine being able to defend and protect its territorial integrity,” the Swedish prime minister emphasized.

She also added that “Russia should not win this war.”

Both politicians acknowledged that “dark times have come” for Ukraine and Europe. At the same time, the acquisition of energy independence, as well as the entry of Sweden and Finland into NATO, will strengthen the security of the EU.

Recall that on the eve of Scholz visited Oslo, where he took part in a meeting of the Nordic Council, which discussed the ban on obtaining Schengen visas for Russians in the EU. As is known, the German Chancellor does not support this initiative.