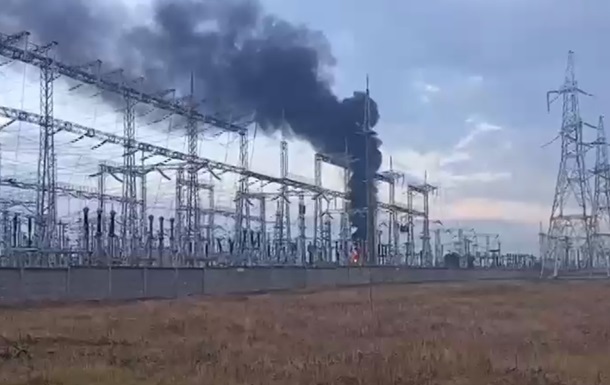 Fire at a transformer station near Dzhankoy

The invaders could transfer electricity from the Zaporozhye nuclear power plant to the Crimea. The fire near Dzhankoy was called “karmic retribution” in the OP.

Advisor to the head of the President’s Office Mykhailo Podolyak said that the transformer station that caught fire near Dzhankoy could be used by the occupiers to supply electricity from Zaporozhye AES to Crimea. He said this on Tuesday, August 16, on the air of the telethon.

“What is a transformer station? They stole the Zaporozhye nuclear power plant in order to send electricity to Crimea through Dzhankoy. I think this is karmic retribution. What is stolen does not bring prosperity,” he said.

Speaking about the explosion at the ammunition depot in the same place, Podolyak noted that “based on the level of intelligence of the Russian army, the number of such excesses will grow in Crimea, too.”

Meanwhile, Andriy Yermak, head of the administration of the Presidential Office, in his Telegramchannel hinted that the Ukrainian Armed Forces were behind the explosions in Crimea and added that the destruction of Russian weapons depots would continue until the complete de-occupation of Ukrainian territories.

“Operation” demilitarization “in the jewelry style of the Armed Forces of Ukraine will continue until the complete de-occupation of Ukrainian territories. Our soldiers are the best sponsors of good mood. Crimea is Ukraine,” Yermak wrote.

Let’s remind, explosions have thundered in the Crimea this morning. As it became known, two incidents occurred at once: a fire at a transformer substation and a detonation at an ammunition depot in the village of Maiskoye. The Ministry of Defense of the Russian Federation called sabotage the cause of the explosions. Meanwhile, the Armed Forces of Ukraine reported that dozens of units of military equipment and ammunition were located in the warehouses of the invaders destroyed today.