One of the special advisors to the Presidency of the Republic, Filipe Martins, celebrated this week the rise of the “Gabinete do Ódio” in the team of the campaign of Jair Bolsonaro (PL) for reelection.

Involved in the campaign and assigned to accompany the president in the Flow Podcasthe is now 15 months without commitments on his official schedule as a public servant.

A Lei 12.813/2013 determines that federal civil servants in senior management and advisory positions (DAS) at level 6, as is the case with Martins, “disclose, daily, through the world wide web – internet, their agenda of public appointments”.

To occupy the post of head of the International Affairs office at Palácio do Planalto, he receives a monthly salary of R$ 16,944.90. Counting only the period with no commitments in his schedule, since June 2021, he earned R$ 238 thousand without proving professional activities in the position.

:: Filipe Martins, Bolsonaro’s advisor, becomes a defendant for racism after a supremacist gesture ::

In February, the Brazil de facto made the first questioning to the Secretary of Communication (Secom) of the Presidency on the subject. The agency did not respond to the request. Four months later, the report showed that official agenda de Martins completed one year empty.

Currently, there are more than 430 days that Filipe Martins remains without any meeting, audience or public commitment on his official agenda. Not even the generic category “internal dispatches”, commonly used by civil servants to circumvent the details of activities, is used in Martins’ case.

Advisor celebrated ascension in the campaign

This Tuesday (16), Flilipe Martins republished a post that mentioned that the “Gabinete do Ódio” gained importance and attributions in the president’s campaign. The text cited him and Carlos Bolsonaro as the new commanders of Bolsonar electoral communication.

In recent days, Filipe Garcia Martins has entered the campaign on social networks. From August 1st to August 7th, he made just three posts on Twitter. From August 8, when he went to advise Bolsonaro in the Flow Podcastuntil this Wednesday (17), has already made 17 posts. 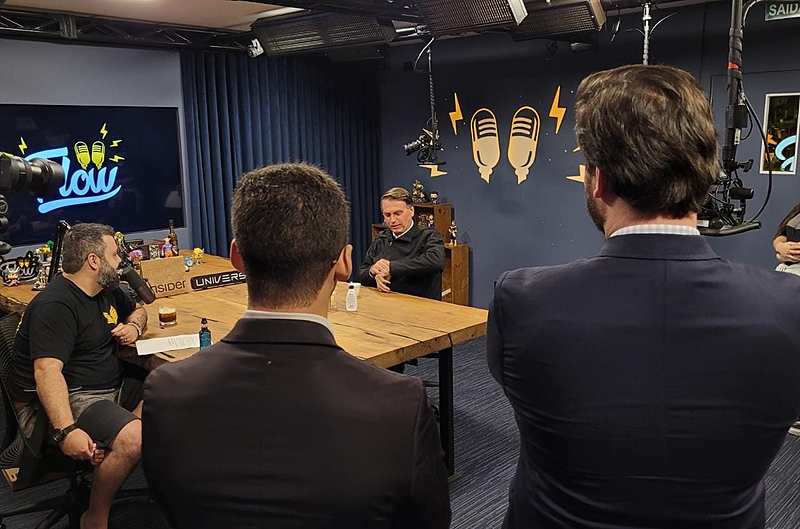 Among the publications, responses to posts by former president Lula (PT) and criticism of federal deputy André Janones (Avante), who withdrew from the presidential race to support the PT candidate. 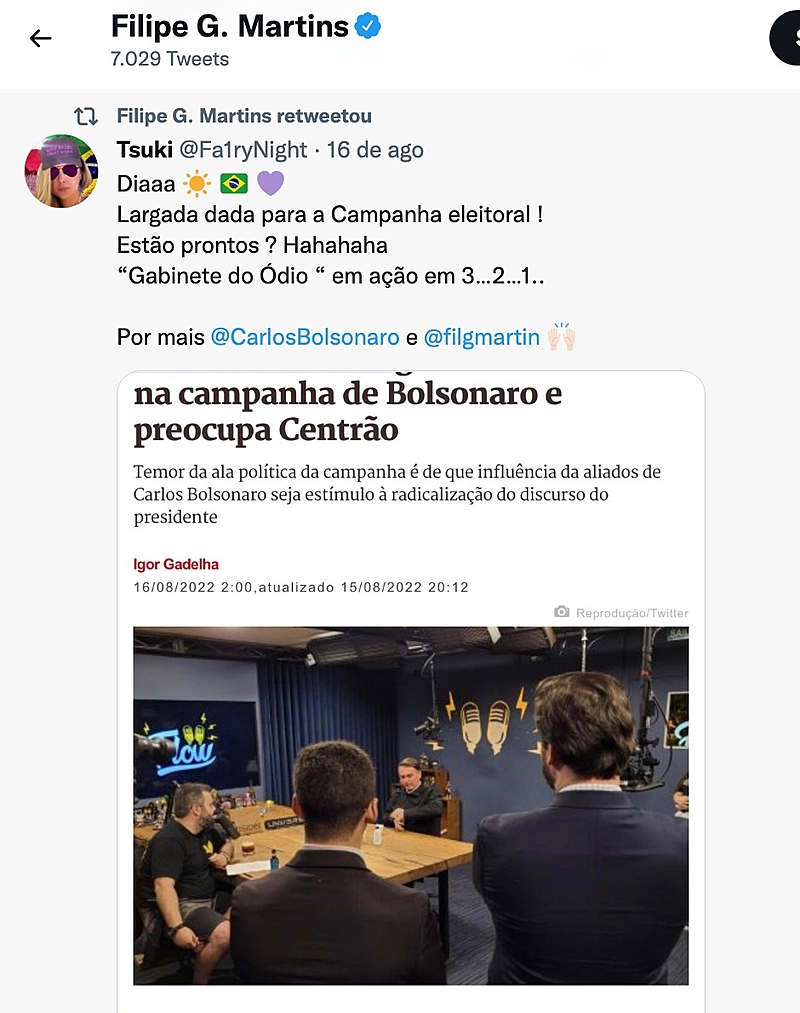 Acquitted for gesture of racist connotation

The complaint by the Federal Public Ministry was based on an alleged racist gesture made by Martins during a session in March of this year in the Senate. The sign is the same one used by white supremacist groups in the United States.

In the complaint presented to the Justice, the MP stated that Filipe Martins has a “pattern of behavior” of spreading “extremist ideas or symbols”.