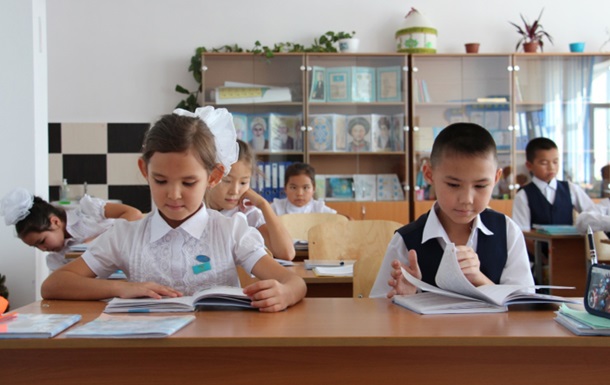 The Kazakh government has decided to exclude English and Russian from the curriculum for first graders. The latter will be studied only in Russian-speaking schools.

First-graders in Kazakhstan from the new academic year will no longer study Russian and English. This was stated by the Minister of Education of Kazakhstan Askhat Aimagambetov, informs official website of the head of the Kazakh government.

The official announced a number of innovations that await schoolchildren from September 1.

He stressed that the results of special studies showed that it is difficult for first-graders to learn three languages ​​at once.

In this regard, a decision was made in schools with the state language of instruction to conduct lessons only in the Kazakh language. At the same time, Kazakh and Russian languages ​​will still be taught in Russian-speaking schools.

The study of English is planned to be introduced from the third grade.

Recall that in the first 10 days of the new requirements of the law on the functioning of the Ukrainian language on the Internet, the specialized ombudsman Taras Kremen received a record number of violation reports.

In addition, the authorities of the Lviv region decided to cancel classes with the Russian language of instruction in schools.

Russia once again calls on Ukraine to negotiate

In Kryvyi Rih there was an explosion on the balcony, there are victims - media