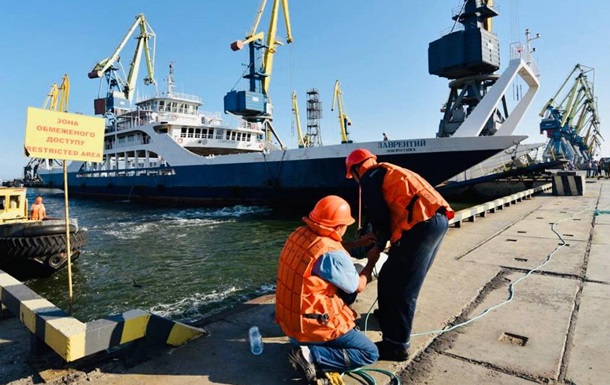 Ferry Lavrenty arrived in Mariupol with identification systems turned off

Ferry Lavrentiy made the transition from the port of Yeysk in accordance with the plans of the Russian Ministry of Defense.

An empty Russian ferry Lavrenty arrived at the port of temporarily occupied Mariupol. This was announced by the adviser to the mayor of Mariupol, Petr Andryushchenko, on Telegram on Wednesday, August 17.

“The ferry Lavrentiy has finally moored at the Mariupol port. A long journey from August 1 to 16 instead of the announced seven hours. The ferry arrived empty. Like a real pirate – with the identification systems turned off,” Andryushchenko wrote.

He suggested that Lavrentiy would pick up some cargo at the port of Mariupol and take it to Russian Yeysk.

“Perhaps, the people of Mariupol did not expect looting, but what else can we expect from Russia?” Andryushchenko added.

Later, Andryushchenko quoted the ship’s representative as saying that “the ferry made a planned transition in accordance with the plans of the Russian Ministry of Defense from the port of Yeysk to the port of Mariupol.”

In turn, the Russian media report that this is a test flight, and they plan to launch regular flights from September 5.

Earlier it became known that in Mariupol the Russian occupation troops began to build fortifications in the direction of the village of Mangush.