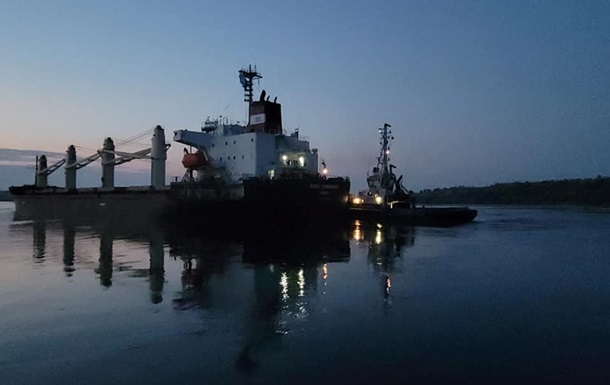 There are not enough ships to transport Ukrainian grain, and most of what can be exported does not end up in distressed countries – DW

There are not enough ships to transport Ukrainian grain, and most of what can be exported does not end up in distressed countries.

The agreement on the export of grain from Ukraine has not yet brought the desired results in the fight against the global food crisis. About this on Wednesday, August 17, writes German wave.

“There are not enough ships to transport Ukrainian grain, and most of what can be taken out does not end up in distressed countries,” the publication emphasizes.

Also, the authors of the material point out that Ukrainian ships are carrying corn, although “for many countries, it is wheat that is the number one food product.”

“Shortly before arriving at the port of destination – Tripoli – the Razoni vessel with 26,000 tons of corn on board changed course. According to the official version, the buyer refused to receive the cargo, which was five months late. But the main thing is that Lebanon mainly needs wheat, and not in corn,” writes DW, citing food import consortium president Hani Bushali.

The publication also notes that decisions on cargo are made by the Joint Coordination Center (JCC), created by Russia, Ukraine, Turkey and the UN for the safe transportation of grain from Ukrainian ports.

“The JCC website states: “Shipping companies make decisions about the movement of their ships based on their business and interests.” In addition, only some shipments of grain are purchased by the UN World Food Program and delivered directly to the hungry around the world, “the publication draws attention.

“As for the ships that have already left Ukraine, the JCC does not have the right to decide which grain will go where. The previous ports of destination were, for example, Turkey, Great Britain, Ireland or South Korea. These are commercial transactions,” the article says.

Also, many insurers do not want to insure transportation from the conflict zone.

“As a result, only part of the grain currently stored in Ukraine can be exported,” the article emphasizes.

In just 17 days of the grain corridor operation, 24 ships left the ports. Just yesterday, five ships with 110 thousand tons of grain left the ports at once – the largest caravan.