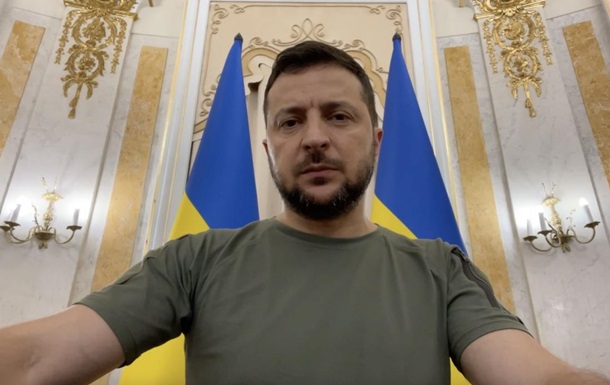 Zelensky urged to protect the interests of Ukraine

Ukraine must win everywhere – on the battlefield, on the political front, in the information confrontation, in the economic plane, the President noted.

President Volodymyr Zelensky called on Ukrainians to “think only about how to defeat” the Russian occupiers, who are spending huge resources in the war against Ukraine. He said this in a video message on Thursday, August 18.

“You and I can and should only think about how to win. Win on the battlefield, on the political front, in the information confrontation, in the economic plane, everywhere,” he said.

Zelensky recalled that “an extremely cruel night was in Kharkiv – more than ten people were killed. Nikolaev and Zaporizhia were shelled again. The Russian army is spending colossal resources to seize at least another kilometer in Donbas. Russian officials repeat threats to Odessa and other cities of Ukraine. We see that is taking place at the Zaporozhye nuclear power plant. We see what happened in Yelenovka.”

“We believe in ourselves, we help each other, we protect the interests of Ukraine and we know that there will be peace. The one who fights and fights wisely wins,” the head of state summed up.

Earlier, President Zelensky called the necessary condition under which negotiations between Ukraine and Russia would become possible.

Recall, today the Turkish media, citing a source, reported that Erdogan will convey to Zelensky the proposal of Russian President Vladimir Putin to hold direct negotiations.