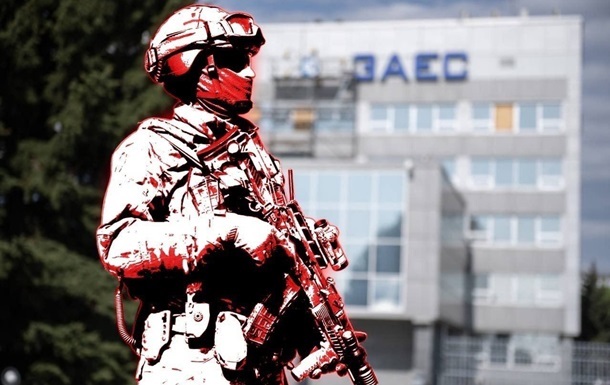 ZNPP is temporarily under the control of Russian invaders

There is a high probability of a large-scale terrorist attack at a nuclear facility, according to the GUR.

Ukrainian intelligence received new confirmation of information about the preparation of a provocation by the Russian invaders on the territory of the Zaporizhzhya NPP. About it informs The Main Intelligence Directorate of the Ministry of Defense on Thursday, August 18.

“Additional confirmation of information about the preparation by the occupiers of a provocation at the Zaporozhye nuclear power plant on August 19 has been received. In particular, licensed personnel (performing their functions on the basis of a license issued by the State Nuclear Inspectorate) are ordered to stay at home. A small part of the operational personnel will be allowed into the territory of the plant,” the report says. .

It is also noted that representatives of Rosatom were absent from the evening meeting of the ZNPP management on August 18. Given that since the occupation, these employees have been required to attend all such meetings. At the moment, they have generally left the territory of the nuclear power plant.

“Given the number of weapons located on the territory of the nuclear power plant, as well as repeated provocative shelling, there is a high probability of a large-scale terrorist attack at a nuclear facility,” the GUR stressed.

Recall that today intelligence has already warned of a possible provocation by the occupiers at the Zaporozhye nuclear power plant tomorrow, August 19.

In turn, the Russian Defense Ministry announced the alleged preparation of a “resonant provocation” at the ZNPP by the Armed Forces of Ukraine during a visit to Ukraine by UN Secretary General António Guterres.