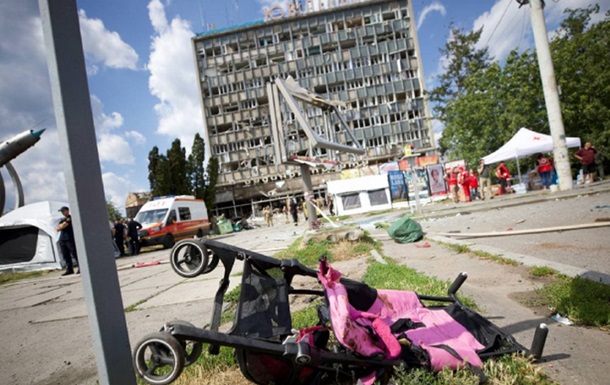 Site of the terrorist attack in Vinnitsa

The figures are not definitive as it is not possible to obtain data from all areas, and the actual number of dead and injured children is much higher.

As of the morning of August 19, due to the armed aggression of the Russian Federation, according to official information from juvenile prosecutors, 362 children were killed and more than 716 were injured of varying severity. About it report at the Office of the Prosecutor General of Ukraine.

It is emphasized that the figures are not final, since it is impossible to obtain data from all territories, and the actual number of dead and injured children is much higher.

It became known that on August 17, as a result of an enemy shell hitting a residential building in Kharkov, a 13-year-old boy was killed, and two more children aged 12 and 13 were injured, the report says.

It is also reported that as a result of bombing and shelling by the armed forces of the Russian Federation in Ukraine, 2328 educational institutions were damaged, 289 of them were completely destroyed.

Earlier it was reported that the Russians do not allow children to be taken out of the occupied territories of the Nikolaev region.