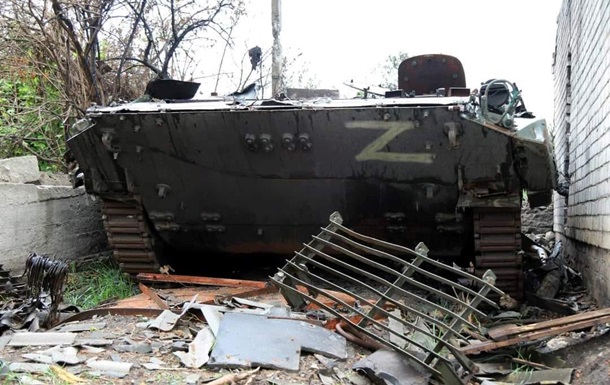 Ukrainian aviation attacked 10 areas of concentration of manpower and military equipment of the Russian Federation and two positions of anti-aircraft missile systems.

Since the beginning of this day, Ukrainian troops have repelled several attacks by Russian aggressors in the Kharkov and Donetsk regions. About it informs The General Staff of the Armed Forces of Ukraine in the evening summary on Thursday, September 22.

It is indicated that the enemy launched four missile strikes, used aircraft 17 times and 24 times from the MLRS. The infrastructure of more than 30 settlements suffered.

The enemy fired along the entire front line:

In turn, the Armed Forces of Ukraine successfully repelled enemy attacks in the areas of the city of Kupyansk in the Kharkiv region, as well as the village of Zaitsevo and the village of Novomikhailovka in the Donetsk region.

Earlier it was reported that the Armed Forces of Ukraine are beginning to control the logistics artery in the Luhansk region. Because of this, the situation at the front may change.

Boiler in Liman. A major defeat for Russia is approaching

Bus flights to Kazakh Uralsk from Samara and Tolyatti suspended

Zelensky appealed to the indigenous peoples of Russia

The European Union may ban Russian citizens from using cryptocurrency

Zelensky held talks with the Crown Prince of Saudi Arabia

The US Treasury is looking for an economist on sanctions