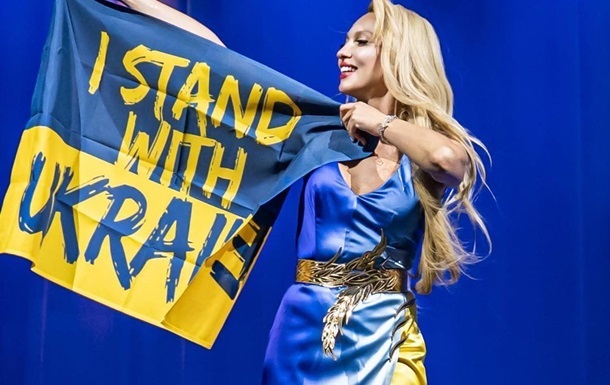 On September 21, Vladimir Putin announced that he had signed a decree on a partial mobilization in Russia.

Ukrainian singer Olya Polyakova addressed the Russians, who had been silent since the beginning of the full-scale war, but spoke after partial mobilization. The artist posted a video message on Instagram.

In particular, she began her address with a video in which the participants of the rally chanted the phrase “Life to our children.”

“But where have you been before? Only when you, Russians, were personally affected, fear for your children finally forced you to go out into the street and you finally went out, you finally yell. Didn’t you feel sorry for our children? children didn’t need life?! You watched the bombs fly at us for seven months! How thousands of our peaceful people, our children, the elderly are dying from your smelly orcs, “the singer said emotionally.

Olya Polyakova also added that it is time for the residents of the Russian Federation to prepare packages and in Ukraine they are expected “to be graved.”

“Reap the rewards of your fucking silence and inability to resist your bloody ghoul. He’s just got an appetite for the meat of your offspring. So, get your bags ready, welcome to our grave,” she summed up.

Earlier it was reported that Olya Polyakova, along with her daughters Masha and Alice, attended the farewell ceremony with Queen Elizabeth II.

Detained a resident of the Odessa region, who tried to sell 78 kg of mercury