Results of 21.09: Great exchange and mobilization in the Russian Federation 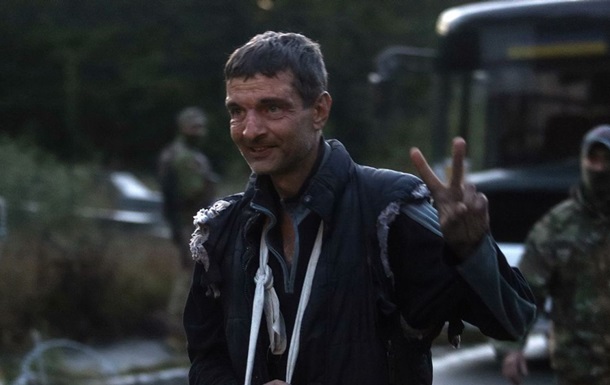 Ukraine and Russia, through the mediation of Turkey, conducted a large-scale exchange of prisoners of war. Thus, the Ukrainian side returned home 215 defenders, including ten foreign soldiers and five commanders of the Azov regiment. For this, Moscow received the former Ukrainian MP and leader of the Opposition Platform for Life party Viktor Medvedchuk and 55 invaders captured in the Kharkiv region.

In general, since the beginning of a full-scale war, as part of 20 prisoner exchanges, Ukraine has returned 800 of its fighters.

Russian President Vladimir Putin, in an address to the citizens of Russia, announced a partial mobilization. Now Russians who have undergone military training and have a military specialty can be called up for military service and sent to the front in Ukraine. We are talking about 300 thousand soldiers.

Commander-in-Chief of the Armed Forces of Ukraine Valery Zaluzhny said that the Ukrainian army will destroy everyone who fights against it, both volunteers and mobilized.


Zelensky presented the “formula of peace” at the UN

President of Ukraine Volodymyr Zelensky, in his speech on the sidelines of the UN General Assembly, proposed a “peace formula”. So, according to him, it consists of five points: punishment for a crime (sanctions, blocking trade with an aggressor, closing borders for its citizens), protecting life, restoring security and territorial integrity, security guarantees and decisiveness in the fight.


In Ukraine, the dollar rose to 43 hryvnia

The Russian invaders once again fired at the Zaporizhzhya NPP, damaging the communication equipment of power unit No. 6 with the ZNPP open switchgear. As a result of the attack, the block transformer and auxiliary transformers of the power unit were disconnected. Due to the loss of power, an emergency start-up of two diesel generators of the safety systems occurred to ensure the operation of the fuel cooling pumps.


The Rada supported the return of the excise tax on fuel

Vladimir Putin announced in Russia mobilization “to protect the territorial integrity.” In his speech, he also stated that Ukraine allegedly claims to have nuclear weapons, and representatives of the leading NATO countries talk about “the admissibility of using weapons of mass destruction against Russia, nuclear weapons.” In response, Putin recalled that the Russian Federation “also has various means of destruction,” and promised to use nuclear weapons to protect Russia.

During a working trip to New York, Prime Minister Denys Shmyhal and First Lady of Ukraine Olena Zelenska met with UN Secretary General António Guterres. The parties discussed the “grain initiative”, the demilitarization of the ZNPP territory, as well as the protection of Ukrainian children.

The Pope spoke about participation in the exchange of prisoners

Petrakov: The team wins, but one person loses - the head coach