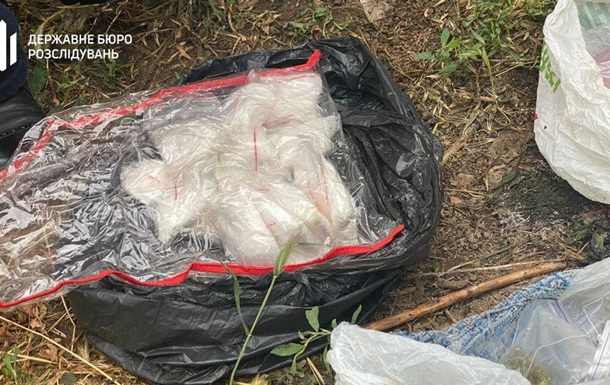 The identification of individual dealers and intermediaries, as well as accomplices of criminal schemes among officials and representatives of law enforcement agencies, continues.

Law enforcement officers are carrying out large-scale work to prevent the spread of drugs in front-line areas. About it informs press service of the GBR.

“Since the beginning of the Russian aggression, employees of the DBR and the National Police of Ukraine have begun an investigation into more than 270 criminal proceedings on the trafficking of narcotic drugs, psychotropic substances, their analogues and precursors among the population of the front-line regions. An analysis of the proceedings shows that the supply of drugs to the front-line regions is mainly carried out by representatives of criminal groups that produce and sell drugs and have permanent social ties.

It is reported that during the documentation of criminal activity, signs of influence on criminal groups of the special services of the Russian Federation were revealed.

“One of the most common channels for the delivery of narcotic drugs and psychotropic substances to the areas of hostilities is the use of the capabilities of postal operators. In August 2022, as a result of joint activities carried out by the SBI with the National Police of Ukraine and the Military Law Enforcement Service, dozens of facts of receiving narcotic substances by criminals through the postal operator were revealed and a total of about 15 kg of various types of narcotic drugs were seized,” the SBI press service said.

The identification of individual dealers and intermediaries, as well as accomplices of criminal schemes among officials and representatives of law enforcement agencies, continues.

Recall that smuggling of psychotropic drugs worth more than UAH 37 million has been blocked in the Vinnytsia region.

Olga Sumskaya showed herself without makeup

In several regions of Russia, the security forces came with searches to the activists of the “Voice” movement in the case of “discrediting” the Russian army

Ukraine and Armenia will be judged by the Portuguese