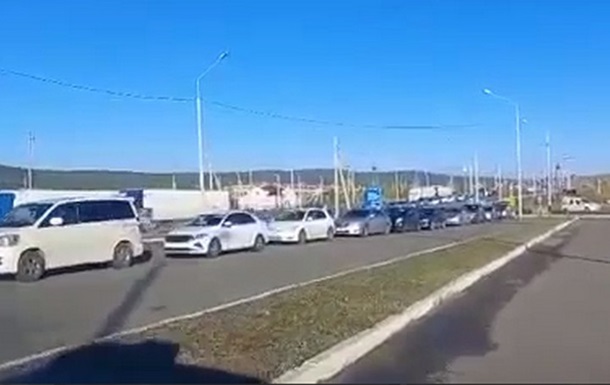 Citizens of the Russian Federation are fleeing from mobilization. Lines at the border

Long queues of cars line up on Russia’s border with neighboring countries. There are many videos on the net that illustrate the situation.

“Russians are fleeing en masse to Georgia, Mongolia and neighboring countries. Since tonight, there have been fierce lines of cars at the border. They don’t want to fight. And they’re doing it right,” one of the comments to the video says.

Recall that the head of the Kremlin, Vladimir Putin, announced a partial mobilization in the Russian Federation.

During the partial mobilization of the Ministry of Defense of the Russian Federation, they plan to call on 300,000 reservists.

In the Kharkiv region, three people were blown up by a mine, there is a dead