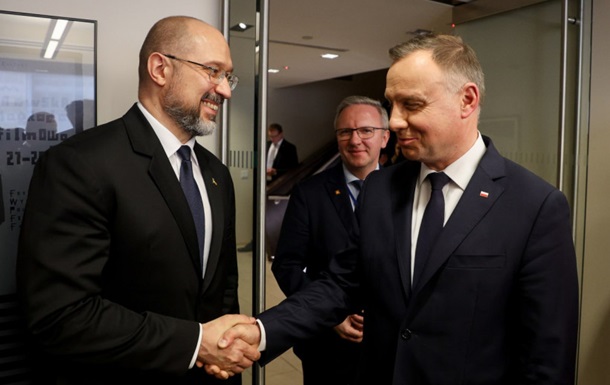 In the United States opened an event to restore Ukraine

Ukraine wants to attract companies, investments and technologies from all over the world to restoration projects, said Denys Shmyhal.

The Prime Minister of Ukraine and the President of Poland opened an event in New York on the post-war reconstruction of Ukraine. About it informs government portal.

Prime Minister of Ukraine Denys Shmygal, during his speech at the event, noted that Ukraine wants to attract companies, investments and technologies from all over the world to restoration projects.

According to the head of the Ukrainian government, the potential of the entire plan for the restoration of Ukraine is $750 billion in the coming years, and this allows international corporations and investors to be interested in planning their participation in the Ukrainian restoration now.

“An important aspect of the future recovery plan will be the creation of an informal tripartite platform that includes the Ukrainian authorities, international partners, as well as Ukrainian civil society and business. It is the private sector that should become one of the main drivers of recovery,” Denys Shmygal emphasized.

Ukraine, together with international financial organizations, is developing several instruments for insuring war risks. Such tools will ensure the arrival of international companies even before the end of hostilities.

Shmyhal recalled that the so-called Lugano Principles were enshrined within the framework of the Renewal Conference this year, including the principle of “building back better than it was”, transparency and openness of the process through the involvement of international experts and the creation of recovery offices in different partner countries, as well as the use Russia’s funds as the main source of restoration of Ukraine.

“We will do everything so that the frozen Russian assets are transferred to the reconstruction of our country. To this end, we propose to approve a new international agreement that will clearly define that an unprovoked and unjust war has consequences – including through the confiscation of the assets of the aggressor in favor of the victim” , said the Prime Minister.

Recall that the preliminary plan for the restoration of the country is estimated at $ 750 billion. Over 10 years, Ukraine, with the support of foreign partners, is implementing 850 projects in 15 different directions. At the first stage, it is planned to restore housing, schools, hospitals.


The world promises help in the restoration of Ukraine

after mobilization. Russian plans for war