Warehouses with grain caught fire in Sumy region after shelling 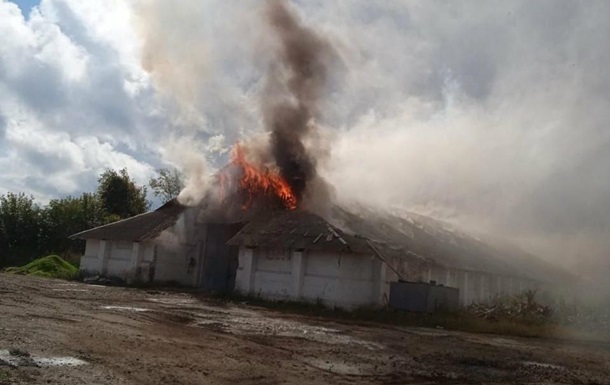 Fire in a warehouse in the village of Volfino

The occupiers covered settlements in the Belopolsky district and Velikopisarevskaya community with mortar fire.

Russian aggressors shelled the village of Volfino in the Belopolsky district. As a result of this attack, warehouses with grain caught fire, said the head of the Sumy OVA Dmitry Zhivitsky in Telegram on Thursday, 22 October.

According to him, at about 12:00, the Russians fired 13 mines at a farm in the village of Volfino and damaged warehouses.

Also today, the invaders fired at Velikopisarevskaya community. About 26 mines arrived in one of the border villages, there is destruction. At the same time, information about the victims is still being specified.

Recall that on September 19, in the Krasnopolsky community of the Sumy region, a residential building was completely destroyed due to shelling from the Russian side. Two people were injured.

And before that, as a result of the shelling of the Sumy region in the village of Vesele, an elderly man who survived the Second World War died.

In Nikolaev, a Russian rocket hit a 9-story building

Ipespe Ceará: Elmano Freitas consolidates in 2nd with 28%, Captain Wagner is leader with 37%

A special group on the tribunal for Russia has been created