A rally against the referendum was held in Mykolaiv region – media 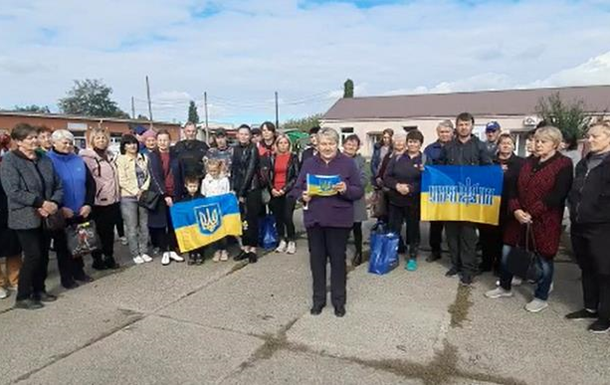 Residents of Snigirevka protested against the “referendum”

Residents of Sinigirevka took to the streets to protest against the pseudo-referendum on joining the Russian Federation.

On September 23, residents of the occupied Snigirevka in Mykolaiv region went to a rally against holding a pseudo-referendum to join the region to the Russian Federation, organized by the Kremlin’s puppets. This publication reports Crime. No.

“We, the residents of Snigirevka, have gathered today to protest against the illegal holding of a referendum in the city of Snigirevka and nearby villages. The Snigirevka Territory has always been Ukraine – it has been and will be Ukraine. We have never wanted and will not want to go to the Russian Federation. We call on the residents of Snigirevka and nearby villages, that is, the Snigirevskaya UTC, do not go to the “referendum” and not participate in the illegal holding of the “referendum.” Glory to Ukraine!” said one of the protesters.

Recall, on the morning of September 23, the invaders in the occupied territories of Donetsk, Luhansk, Zaporozhye and Kherson regions reported that they had begun “referendums” on joining Russia.

Environment: learn about the preservation proposals of candidates for the DF government

Nikityuk showed the Ukrainians a puppy from the front