France will send investigators to Izyum 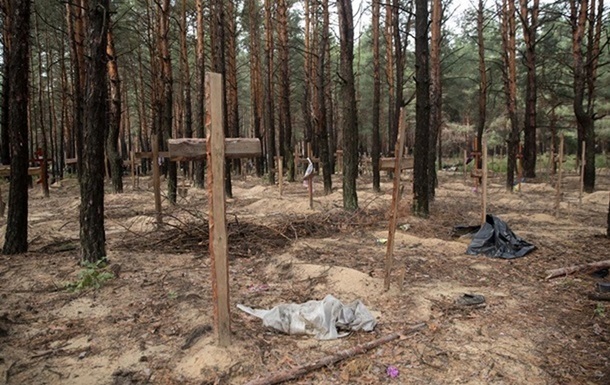 France to send investigators to investigate war crimes in Izyum

The city of Izyum in the Kharkiv region was liberated from Russian occupation in early September during a counteroffensive by Ukrainian forces.

French Foreign Minister Catherine Colonna announced that Paris would send a support mission to Ukraine for investigators who are investigating war crimes committed in Izyum, Kharkiv region. On Thursday, September 22, Colonna said this at a meeting of the UN Security Council in connection with the situation in Ukraine.

“Just in April it became known about the crimes committed in Bucha, we sent two teams of investigators to Ukraine. For three months they helped the Ukrainian justice to patiently and carefully restore the facts, and we donated a mobile laboratory for DNA analysis.

Now that the world has become aware of the new crimes in Izyum, we have decided to send another mission to support investigators on the ground, because where Russia operates using propaganda and disinformation, justice must be based on facts and evidence,” the head emphasized. French diplomacy.

The city of Izyum in the Kharkiv region was liberated from Russian occupation in early September during a counteroffensive by Ukrainian forces. It contained a mass grave of more than 450 bodies. Western leaders reacted sharply to this.

During the occupation of Izyum and Balakleya in the Kharkiv region, the Russians behaved in the same way as in the Kyiv region: they tortured residents, destroyed kindergartens and schools, and other infrastructure.

Recall that mass graves of people were found in the liberated Izyum of the Kharkiv region.

Nearly 340 bodies have already been exhumed in Izyum.

Zelensky: Dozens of settlements liberated in a week

Embassy of Japan to reopen in Kyiv