The Justice of the Federal District imposed a defeat on Jair Renan Bolsonaro and determined that the Department of Sports and Leisure of the DF overturn the secrecy of the meetings of the folder with the participation of the youngest son of President Jair Bolsonaro (PL).

The decision obliges the Ibaneis Rocha government (MDB) to reveal the motivations and content of the “04” meetings with the body since 2019. the names of other meeting participants.

The suspicion is that Jair Renan’s meetings with the Ibaneis management involve the activities of a company of which he is a partner, “specialized in organization, promotion and creation of advertising content for exhibitions, parties, fairs, congresses and sporting events”, which is the subject of investigation by the Federal Police.

In practice, the court order recognizes that the Federal District government failed to comply with the Access to Information Law (LAI). The lawsuit was filed by federal civil servant Marivaldo Pereira, who is a candidate for district deputy for the PSOL in the October elections.

After having a request for access to information denied in the Federal District government’s electronic system, Marivaldo filed a lawsuit in court. In an interview with Brazil de factohe said he received the decision handed down this week “with joy”.

“It’s the Justice trying to enforce the Access to Information Law. The Bolsonaro government has a history of attacking the LAI, which is an achievement of the Lula government, the Dilma government and Brazilian democracy. government of the Federal District. This attack that Ibaneis makes on transparency aims to protect the children of the President of the Republic”, he declared.

The DF Sports Secretariat justifies its decision not to provide information about Renan Bolsonaro’s meetings because he is not a public person. It also states that “the disclosure of information relating to it may jeopardize the security of the State and the President of the Republic himself”.

According to Marivaldo, author of the action, the justification does not hold and hides the real reason: to protect the president’s family. “If you take the series of attacks that the LAI has been receiving, most of them are aimed at hiding something from the Bolsonaro family. In this case, it is no different. This time, it is Governor Ibaneis Rocha trying to hide the steps of the youngest son Bolsonaro in the Federal District government structure.”

:: After a request to convene the CPI, Jair Renan shows weapons and provokes senators: “Hello, CPI” ::

“I am very happy that the Justice has determined that the government of the Federal District provide this information, such as the entry and exit records of Renan Bolsonaro at the Sports Department. The records are public and every citizen should know. if the resource she pays, through tax, is being used to support Jair Renan Bolsonaro’s lobbying company,” he said.

“Like Bolsonaro, who decrees 100-year secrecy, the DF has several similar processes. I say this with propriety because I am one of the biggest users of LAI in the Federal District government. Whenever we need information that is sensitive, they They don’t even respond. The case of Jair Renan Bolsonaro is another of those cases, where the governor did not respond to try to hide Jair Renan’s steps in the government of the Federal District”, he concluded. 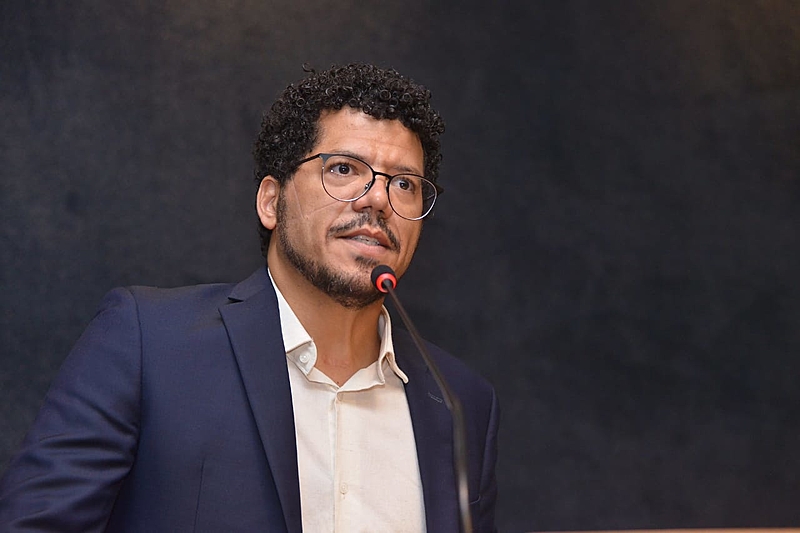 Marivaldo Pereira: “This attack that Ibaneis makes on transparency aims to protect the children of the President of the Republic” / Disclosure

Abin was accused of acting to protect Jair Renan

The Federal Police said, in a report sent to the Justice of Brasília, that the Brazilian Intelligence Agency (Abin) disrupted the progress of an investigation involving Jair Renan Bolsonaro. The information was revealed in a newspaper report. The globepublished in August.

According to the document, an Abin agent, caught in a PF operation, admitted that he was given the mission to gather information about an episode related to Jair Renan, under investigation by the PF. According to him, the objective was to prevent “risks to the image” of the head of the Executive Branch.

Abin’s operation took place on March 16 of last year, four days after the president’s son and his physical trainer Allan Lucena became targets of a PF investigation. They are suspected of opening the government’s doors to a businessman interested in receiving public funds.

At that time, Lucena realized that he was being followed by a vehicle that entered the garage of his building. Annoyed, the personal trainer called the Military Police. The suspect, when approached, identified himself as Luiz Felipe Barros Felix, a PF agent assigned to the intelligence agency.

When called by the Federal Police to provide clarification, Felix said that he worked at Abin directly linked to Alexandre Ramagem, then commander of the agency and a man trusted by the president.

The agent confirmed that he received the mission from an assistant to the head of the intelligence agency. The aim was to gather information about the whereabouts of an electric car valued at R$90,000 — which would have been donated to Jair Renan and his personal trainer by a businessman from Espírito Santo interested in gaining access to the government.

“The objective was to find out who was using the vehicle,” Felix said in a statement. “The object of knowledge was to know if the reports that could pose a risk to the president’s image or physical integrity were true or not”, he added, without giving further details of the operation.

“The aforementioned diligence, logically, hindered the ongoing investigations since it changed the state of mind of the investigated, as well as strangely, after the wide dissemination in the media, it was also reported that Mr. Allan Lucena would have ‘returned’ the vehicle supposedly delivered to Mr. Renan Bolsonaro”, says the police document sent to the 10th Federal Court of the Federal District at the end of last year, requesting the extension of the investigation.

The partial report also cites that this interference by Abin may have encouraged those investigated to combine versions of the facts and says that “there is no plausible justification” for Abin’s diligence.

Father Kelmon, Lula incisive, cuts to social networks: what to expect from the Globo debate

Exclusive: Author of the PL document against ballot boxes held a meeting with the Presidency body

Exclusive: 10 MPs from the Carandiru Massacre retired with a salary higher than the governor

Elections 2022: Know what you can and can’t on polling day

Exam/Idea: Lula grows three points and has 49% of valid votes