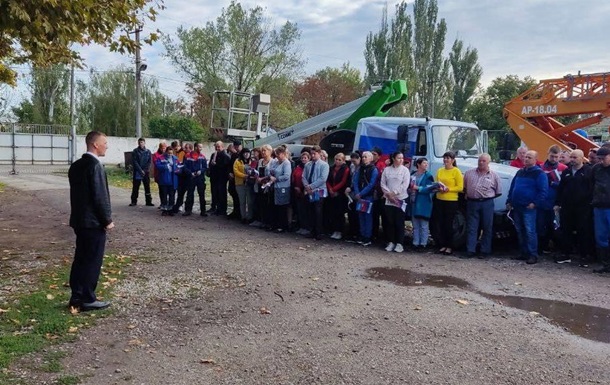 Before the “vote” the residents of the Kherson region were instructed

There is no legal action called “referendum” in the occupied territories, Podoliak said.

The so-called “referendums” of the invaders in the occupied territories of Ukraine have no legal force and are a propaganda show. This is how Mikhail Podolyak, adviser to the head of the President’s Office, commented on the beginning of the pseudo-referenda on Friday, September 23

“Today, in the occupied territories, there is no legal action called a “referendum”. There is only: 1) a propaganda show for conducting z-mobilization; 2) the territory of Ukraine demanding immediate liberation,” wrote Podolyak in Telegram.

The world community does not recognize pseudo-referenda and is preparing new sanctions against Russia, as well as more assistance to Ukraine in the war against the aggressor.

Tags: a referendumLegaloccupiedOffice of the PresidentPodolyakpropagandareferendumsshowterritorieswar in ukrainewar with russia

after mobilization. Russian plans for war