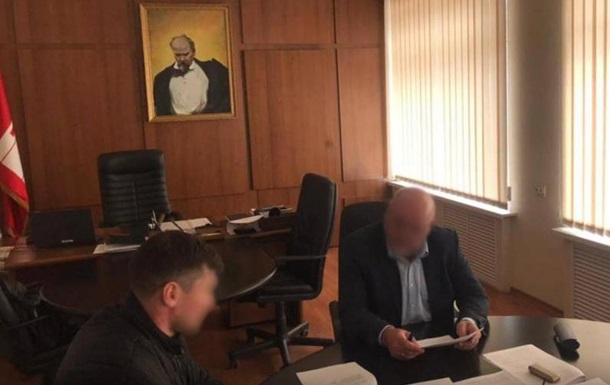 Suspicion announced to the mayor of the White Church Gennady Diky, media claim

The mayor ensured the forgery of the property valuation report and misled the commissions of the City Council and its deputies, according to NABU.

The National Anti-Corruption Bureau reported the suspicion to the mayor of a city in the Kyiv region. He is charged with real estate fraud, informs NABU on Friday, September 23.

It is indicated that in 2018 the Bila Tserkva City Council purchased an unfinished building for the needs of the city for UAH 24 million, although its market value was significantly lower.

NABU believes that the mayor provided a forgery of the property valuation report and misled the relevant commissions of the City Council and its deputies so that they would vote for the allocation of funds from the local budget for the purchase of unfinished buildings.

An examination ordered by the investigation showed that the city overpaid 8.73 million hryvnias for this building.

The actions of the mayor were qualified under articles on abuse of power and forgery of documents (part 2 of article 364, part 4 of article 358 of the Criminal Code of Ukraine). Suspicions were also received by the appraiser and the former owner of the unfinished building (the latter in absentia).

The name of the suspect was not included in the message, but LIGA.net claims that the published photographs of NABU show the office of the mayor of the White Church, Gennady Diky, and the unfinished center for the provision of administrative services (TSNAP) in this city. It is this TsNAP that is the object of the crime that the mayor is charged with.

Earlier it was reported that ex-officials of Centrenergo were exposed on gas frauds. As a result of their abuse, the company suffered damage in the amount of UAH 8.25 million.


Ex-director of Ukrecoresursy detained for fraud with recyclables

The UN Commission presented a report on war crimes in Ukraine